Fright Night the Novelization by John Skipp and Craig Spector 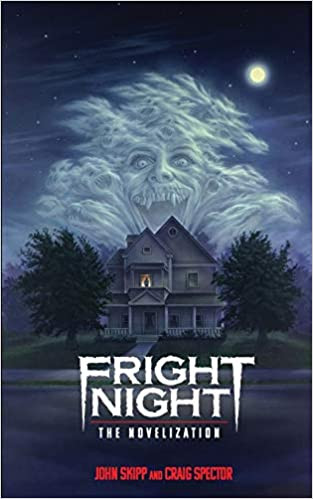 Fright Night the Novelization by John Skipp and Craig Spector

It is hungry.It is thirsty.It lives next door to Charley Brewster.Charley has seen the coffin and the bodies drained of blood. He knows he will be the vampire’s next victim. But no one will believe him: not the police, not his girlfriend Amy, not even the school weirdo, Evil Ed. Charley’s last chance is to enlist the help of Peter Vincent, Vampire Killer, star of a hundred horror movies and host of TV’s Fright Night.Nobody thinks he’s telling the truth—until Evil Ed becomes a vampire and Amy is dragged into his next-door neighbor’s evil, foul-smelling house of death

This product hasn't received any reviews yet. Be the first to review this product!

Write your own product review

All prices are in USD.