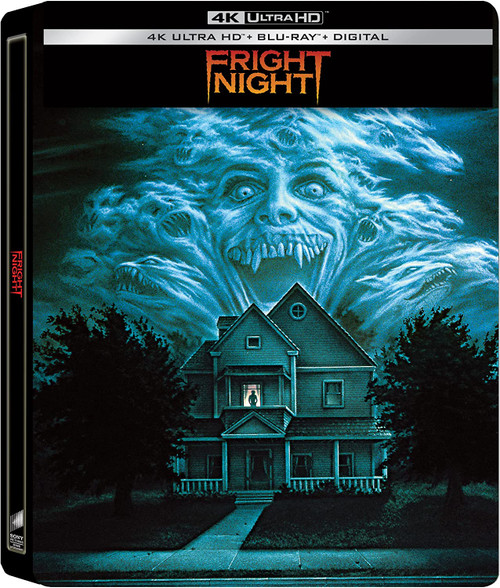 Charley Brewster (William Ragsdale) is a normal teenager who lives in the town of Rancho Corvalis. Devoted to his girlfriend Amy (Amanda Bearse) and his red '68 Mustang, virtually everything is normal about Charley except for one thing: he's pretty sure a vampire has moved into the house next door. But Charley is having a hard time getting anyone to believe him. His mom offers Valium and cocoa, Amy thinks he's been watching too many scary movies, his buddy Evil Ed (Stephen Geoffreys) recommends garlic and crucifixes, while Peter Vincent (Roddy McDowall), the former horror-film star to whom Charley turns for help, views the poor kid's delusion as a way to make some easy money. Only his suave and sinister neighbor, Jerry Dandrige (Chris Sarandon), takes Charley seriously. And Jerry's trying to make sure Charley stops telling stories. Permanently.